All stereoscopic technology, popularly (though not properly) called 3D, depends upon each eye receiving a slightly different picture, just as the spacing of the eyes gives each eye a slightly different picture in nature. 3D animation and camera systems try to duplicate this natural system, as do post-production systems. During exhibition, the projector then sends 6 images every 1/24th of a second, 3 identical left alternating with 3 identical right. Most systems block one eye while the other eye is receiving its picture. Then combined with other 3D clues that we use[1], the brain ‘fuses’ these nearly identical ‘parallax’ images together to give us a hopefully more realistic motion picture.

RealD and MasterImage systems use a “circular” polarizing technique to give each eye a different picture. After the projector sends the light of each picture, the light is given a “spin”. One lens blocks light coming at the eye with a clockwise spin, while the other lens lets that clockwise light come through. The next picture is given a counter-clockwise spin, and the corresponding lenses block or allow light. To maintain that polarized spin, the screen must be coated with a special paint, which screen manufacturers sell as Silver Screens.

Dolby uses a different technique, giving each eye different frequencies of light, which alternate before the projector lens. XpanD uses a 3rd technique, making its glasses lenses actively turns on and off in sync with the left and right image being transmitted from the projector. [This is the technology that most types of consumer TVs are using, for several reasons.]

In nature, light comes at us from all directions, bouncing off of many objects with different properties, one of the properties being the absorption and reflection of different frequencies giving us different colors. Another property is that the particles of light, the photons, come at us with different spins. Dr. Land, the inventor of the Polaroid process discovered that “glare” comes at us with a particular aligned spin, which could be blocked with a particularly aligned filter. The alignment in most cases is linear, that is, in a horizontal line, so this technique uses a linear filter. [The other techniques for creating home 3D images is using a linear filter over the TV screen, with linear lenses in the glasses. This is harder for manufacturers to do perfectly and there are other technical compromises with this type. So even though the glasses are cheaper, it doesn’t seem to be the trend in home 3DTV.]

Polaroid has just announced that they are licensed to carry the RealD brand name, and endorsement, on a line of 3D glasses. Polaroid isn’t the company that they used to be, but they are a force in the market. Polaroid shipped 7.5 million pairs of glasses last year, according to the website of their Swiss parent company Stylemark (of a total 50.5 million of Stylemark’s other brands.) They were developed in Scotland, and shipped predominantly throughout Europe, east through Russia and south through Asia, India and Australia. One guesses that none of them were circularly polarized.

One also guesses that they have a lot of style, something that has been missing in theater 3D glasses. There are a couple of reasons for this. For glasses from Dolby and XpanD, which are reusable many hundreds of times, they must stand up to the abuse of wearing, collection, washing and distribution. But the real style-breaker, the thing that all the complainers whine about, is that the ear pieces are bulky, not elegant little stems. Here is a full sized picture of the Polaroid 3D glasses, while we discuss the temple arms, the stems that go from the lenses to the back of the ears.

One of the problems of tricking the brain, making it believe that there is a 3D image being presented on a 2D surface, is when one eye is given a lot of information that is different from what the other eye is getting. This doesn’t typically happen in nature. But it does typically happen in a cinema theater because they can get extra information from EXIT signs, reflections from the neighbor’s 3D glasses or popcorn bucket, and especially from reflections from the rear of our own glasses. The reasons that people get headaches from 3D movies is not fully examined, and may be from multiple and varied sources, but one reason seems to be this problem of non-symmetrical images. Blocking much of this extra light is possible with substantive temple arms, regardless of how they look. (No one talks about your ears for example…as far as you know…)

Also, if the glasses fit better, then the reflection from the rear (including re-reflected light that comes from the skin below the eyes) would be less of a problem. But “free glasses” have to be substantial enough to be mis-handled and “one size fits all”, even though people’s faces are different shapes and  sizes, and more importantly, so is the distance between people’s eyes (actually, people’s pupils, but I didn’t want to sound silly or get technical – the Inter-pupillary distance, the PD, is important for another 3D conversation.) One of the cool things about the Dolby glasses is that they are made from spherical glass, so that the distance from the lens to the pupil is the same, making it easier for the eye and eliminating edge distortion which is inherent with shaped lenses. But since the distance between people’s eyes can range from the low 4+ centimeters to the low 8+ centimeters, this is a problem that needs to be addressed, which the Polaroid press release says they have:

And prescription lens wearers are not forgotten, with a range of premium 3D cover styles that fit comfortably over any optical frame. There is even a junior style for the younger audience to enjoy.

But emphasizing the style issue is just plain wrong. They should be educating the public on why they need to block top and side light, which is not a ‘style-compatible’ issue. The ear stems must be bulky enough to block light entering from all directions.

Another benefit that Polaroid will hopefully bring is some consistency. One engineer reported that he recently measured 10 pair of 3D glasses, and none of the 20 lenses were close to being the same in terms of passing light and color.

What the press release doesn’t say is when and how much.

References: Schubin’sCafe has an article which explains many details of pupillary distance. He also describes several important 3D concepts, both in terms of cinema, and in terms of how it is not so simple to transfer digital “prints” and technology to 3DTV: The Other Three Dimensions of 3DTV

[1]Matt Cowen from RealD has made several presentations describing the several 3D clues that we have all used while watching 2D movies without stereoscopy, to understand where in space an article or person is relatively located.
3D; How It Works

Glasses also are relevant to darkness in the room, so these two articles might come in handy:
Scotopic Issues with 3D, and Silver Screens
23 degrees…half the light. 3D What? 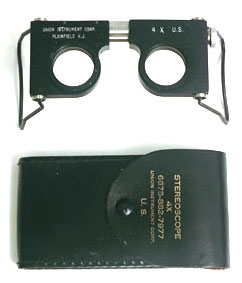 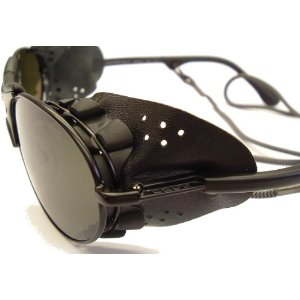