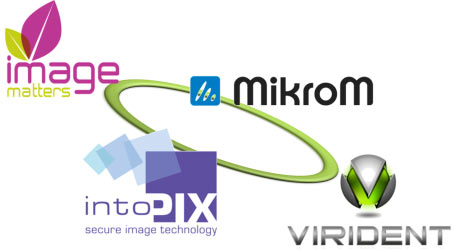 Many eyes and many tests later, the specifications for quality digital cinema playback was decided upon by the community. Then, in the spirit of ‘good enough’, Stereoscopic 3D quality problems were ignored. And more recently, it appears that High Frame Rate (HFR) and in particular HFR S3D is moving like an unexamined juggarnaut into the future.

At the SMPTE event last month held in conjunction with NAB, Dr. Marty Banks tossed some landmines into the Knowledge Base. Then one of the people who did tests that made the 48 frame per second decision for the Hobbit gave their historical view. His bombshell was that 48 was chosen because it wasn’t known whether (enough…any?) hardware manufacturers  could come to the plate with working equipment by the time of the release in late 2012.

One part of the DCI and SMPTE and ISO Specification for D-Cinema is a 250Mbps interface between the projector and the media player. In the early days this meant the link from the server, but since Series II TI systems capable of running 4K material (and all systems from Sony), this means an internal media block.

[Update: Qube announced at CinemaCon that their IMB supplies a 1Gig stream to the projector. A quick scan of the interwebz and the memory of other visits at CinemaCon puts the rest of the manufacturers at 500Mbps.]

24 frames per second times 2…OK, let’s double the Mbps into the projector…500Mbps is the bar that seems to be accepted wisdom for ‘good enough’ 48 frames per second stereoscopic 3D material, such as The Hobbit. Anyone got a problem with that? Answer: Who could? No one really has varied sources of material or even firm software to test it with.

Enter the new company image-matters. They have assembled equipment that will be able to show material at speeds above and below 1Gbps. They will show this at 6 cities around the world for the next 6 months. People will look and talk.

Here is the link for the press announcement:

Image Matters, intoPIX, MikroM and Virident collaborate beyond the state of the art. The target is a series of tests on June 7 and 8 2012 in Burbank CA, coordinated by Michael Karagosian of MKPE Consulting, and cinematographers Kommer Kleijn SBC and David Stump ASC, as co-chairs of the SMPTE 21DC Study Group for Higher Frame Rates.

These tests will be conducted in collaboration with studios and the creative community. They will measure the minimum JPEG 2000 codestream bit rate requested by high frame rate content to reach the visually lossless quality demanded by digital cinema applications.

The experimental equipment set will enable playback of JPEG 2000 codestream bit rate higher than 1 Gbps (i.e. more than 4 times the current DCI specification). The decoded 2K images will be transmitted to a single projector at a frame rate of up to 120 fps (i.e. 60 fpe for Stereoscopic 3D content).

In order to speed up the test process and to allow the easy production of multiple encoding flavours, the equipment set will also be capable of encoding high frame rate content from uncompressed files in near real-time.

The assembled equipment will consist of one server incorporating 4 Virident FlashMAX boards and one intoPIX JPEG 2000 PRISTINE-P4 board. The PRISTINE will playback the decoded codestream on four 3G SDI links to the MikroM IMB inserted into the projector. The MikroM’s IMB will receive the four 3G-SDI links and pass the uncompressed image data directly to the projector backplane. Image Matters will insure project coordination and integration.

The integration has enough headroom to allow, on request, multiple equipments to be combined to achieve higher bit rates and/or higher frame rates.