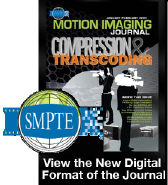 The event is titled: 3D Cinema & Beyond: Lens to Living Room. The NAB website for the event gives an easy registration link. It further says:

This year’s Summit will educate and inform on all aspects of 3D, allowing you to decide if the current explosion of stereoscopic content is a fad – or the future.

Digital Cinema exhibition is now well established in theatres worldwide. One of the prime business drivers has been stereoscopic 3D movies, which have proven able to pump up box office draw per screen. With more than 30 stereoscopic productions in the pipeline, 2009 and 2010 are expected to continue the trend of explosive growth in 3D cinema. Some audiences are asking: when can I have 3D at home? Some industry veterans believe that the answer is “soon.”

Leading producers, cinematographers and technologists will review the entire 3D path from acquisition, through post production, distribution and display. Panelists will review lessons learned in producing stereoscopic motion pictures and live events, and debate future trends in stereo image capture. You will see demonstrations illustrating the on-screen result of camera positioning, which can create either an immersive depth effect or painful eyestrain.

Leading engineers will explain and demonstrate the various techniques used for packaging and distributing compressed 3D images for satellite, over-the-air, IP download and packaged media, such as BluRay Disc. A comprehensive review of display technologies will reveal the benefits and shortcomings of today’s stereoscopic displays, and provide a glimpse into the R&D labs now inventing the future of stereoscopic display.