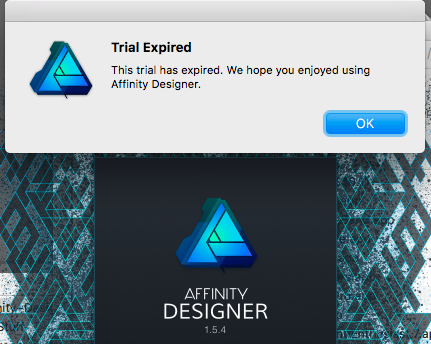 GIMP has an exciting new version in quasi-public beta, 2.9 – this version not only has 16bit TIFF export, but the technology they use to place RGB and 8 bit color picker choices onto the 2020 face, nice stuff. But, you’ve really gotta want to go there since you have to build your own or go to some wonderful sites that pre-package some experimental systems, but they obviously can’t keep up with all the important revisions that a well developed beta goes through at the end.

This article is still a Work In Progress. Links and pictures to put in.

Update: Before getting into the Affinity program, there is a new vector player on the market named Vectr which has the odd consequence of being a download that then interfaces into the web for the power of drawing. The feature set is pretty extensive and exacting, with features like being able to choose where even a line centers…very important when you want to get as exact as crossing lines on a testing slide needs to be.

Being new though means that a few areas are weak. The color picker allows for picking from a standard wall of colors and using HEX. I found myself craving an old school set of RGB sliders and a white to grey slider. I’m betting this is fairly easy to implement.

On the export side, it offers PNG, JPEG and SVG. As everyone knows, it is 12-bit TIFF that is needed for cinema, and this is missing. All in all though, this is a great tool with a great future being…FREE.

Affinity Designer has some fabulous drawing features, but this review isn’t about making glorious art images and cartoons. It is about making precision test cards, with single pixel lines, circles and gradients in rectangles, and precisely laid in text. Which the program does, but compared to the precision and ease of Keynote or OmniGraffle it is quite cumbersome. When all the world needs is to match or add to the ease of use of the Keynote, they’ve gone another route. As some reviewers mention, tool boxes close for odd reasons and it takes hours of reading incomplete or outdated documentation to find the ON switch again. Their color pickers will snap to the choosing previous used color, so you are forced to using the Apple color picker. As a neophyte to their nomenclature one expects odd changes, but using command key sequences that one has used for decades shouldn’t swing one into entirely different modes that take literally hours of searching to get out of.

As I type this I am trying to remember which programs were which for difficulty. For many, it is quite difficult to just put in a pixel number for size, then hit tab and put in another number for another dimension. The boxes are too small and the tabbing is unwieldy. If the Affinity Designer Trial hadn’t expired I could check that but Alas. I do remember that there is no manual. They push you to buy the book. There is a lot of videos, which for some generations and those with time to listen in for 5 minutes to get 12 seconds worth of information, maybe it makes sense.

Get around that and the odd positioning boxes, and AD can make some inspiring looking files. Make your colorspace 2020 and toss it to Final Cut…well, just don’t use the Final Cut export choices. Some work, some don’t, both for FCPx and for Motion. It may be a problem with the Apple product not accepting the 16-bit TIFFs, but since the trial period ended before that could be fully tested, we won’t know. They raised the price during the testing period by 25% without notifying the mailing list – “Hey you, potential buyer…we got your name from the form you filled out to download this trial program…the trial is ending so make up your mind or pay 25% more.” Oops! They didn’t say that and so we can not show any of the brilliant or not so interfaces or results.

Perhaps there will be a new version out soon, and perhaps that new version will allow a new trial period. Then we can see if the EXF export that crashed the program is fixed too. Your author wrote the company about these things and got a mundane and robotic response.