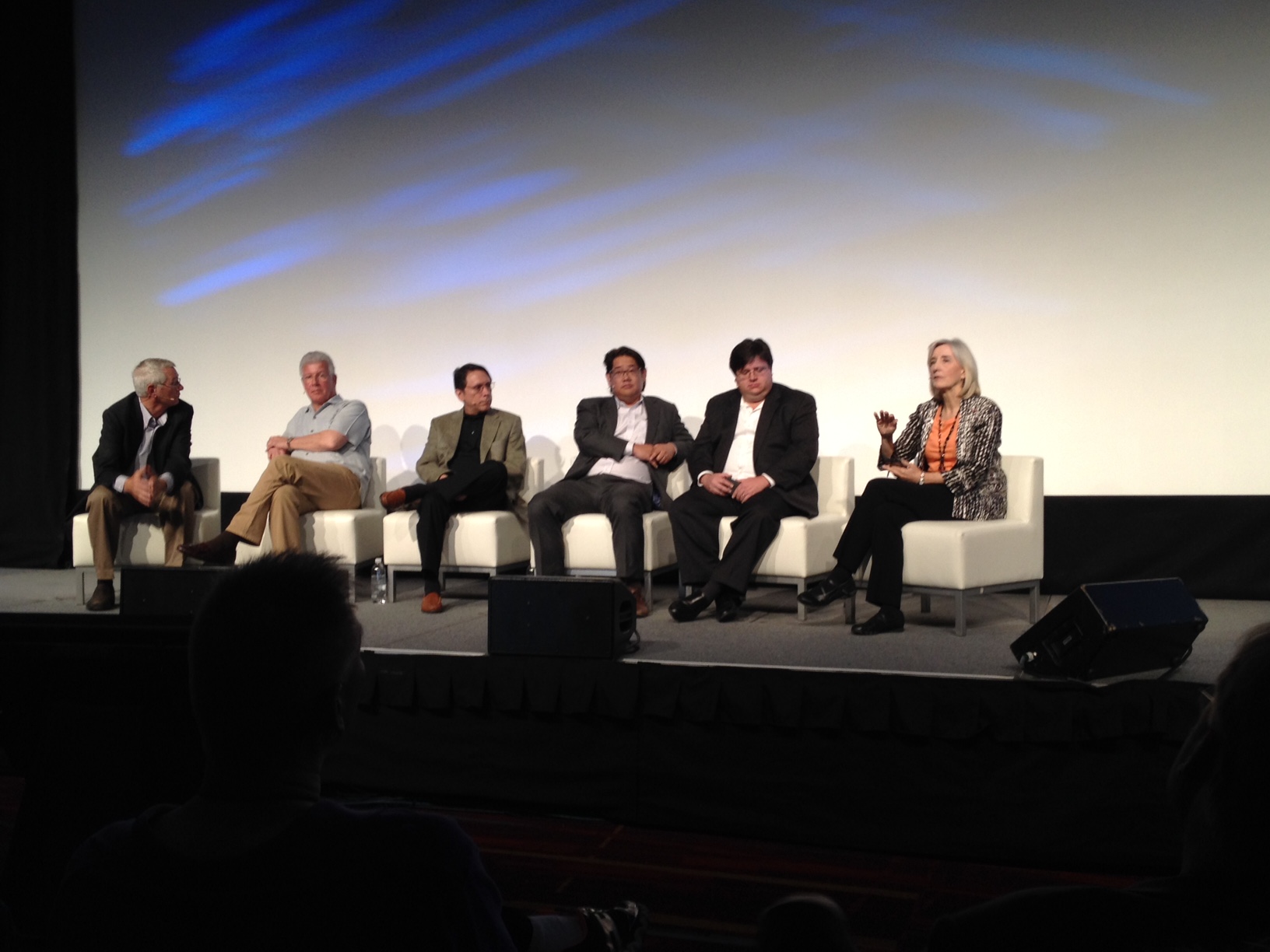 Remember to visit our sponsor please:

For a less focused but full-of-dat article on the Summit:

NAB Cinema Summit: On the Trail of Hollywood’s Biggest Villains from David Keene at AVNetwork

A lot of great data, but it derives a whole paragraph of analysis from the correct but asterisk’d data about the terrible reduction in ticket sales. From 10 billion something to 10 billion something…which is truly a rounding error when put under the scope of the limited number of movies released in 2014. 2015 is already on track to soundly beat 2014 and there are many big pictures in queue that should make this year more on trend.

This is only pointed out since a year of minor growth or minor sales diminishment is not the way that good management thrives. Or maybe not. But the point is that the management of several industries are working together and at odds to maintain some semblance of an exhibition industry. Clearly, the major movie studios are all parts of larger interests, and exhibition has long known that it isn’t exhibition friendly. The solution was long thought to be Alternative Content, (or ODS as the punsters like to say – Other Digital Stuff, and perhaps odious for the purests) or as the new group in the EU calls it: Event Cinema. Tim Cooks speaks to how they are doing it well. Picture house in London do too. See Event Cinema Association