The first thought is that one wonders where they get these numbers and why are they in the inelegant and less granular Foot Lamberts (fL) instead of the primary international specification unit (SI unit) of candelas per square meter. To the first, perhaps 4.5fL (14.5 candela per square meter) is taken from the typical mastering, or ‘color timing’ level. But countless stories and interviews and presentations make the point that 3 – 3.5 fL (10.3 – 12 cd/m2) is more typical – actually the “target”, and…it must be pointed out, that this number is for the one tested point in the auditorium. High gain screens have such a disastrous roll-off that the light level if 50% less a few seats away, both horizontally and vertically. This takes the light levels from the photopic state well into the intermediate mesopic and probably into the scotopic levels as the screen continues to roll off as one goes further from the measured position. 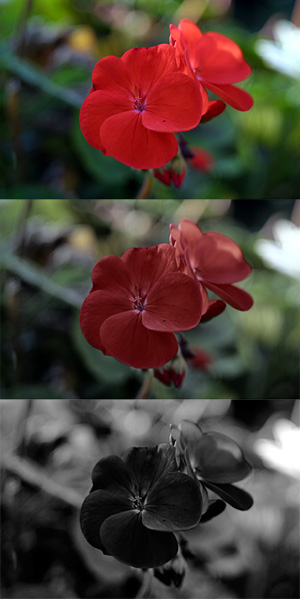 Certainly, the Harkness seminar will go through this. Perhaps they’ll even describe how to actually tweak a room for 3D because this seems to be a mystery for even the most experienced of technicians, or how the hot spots and splotchiness of silver screens don’t violate SMPTE and DCI specifications.

Here is what they describe as what we’ll learn:

During this FREE web seminar from Harkness Screens, you will learn about:

Historically, the DCI studios have looked the other way when a technology was being used that didn’t comply with the spec, that is, until a company was able to show that a shipping product was out there which could meet the spec. So, MPEG lived until Doremi showed a working JPEG product, then a date-certain was set. Now that SMS devices are finally getting their certification papers from DCI authorized testing labs, one suspects that a certified projector/SMS (or IMB) pair will become de rigueur.

Last week Barco and Qube showed high-frame rate 3D at the Wide Screen Event. Barco also showed their laser-based system that was able to deliver 79 candelas per square meter onto a 70 foot screen. (That’s 23fL in obscure talk.) How that would traduce into 3D isn’t known. But one guesses that there is a lot of potential to reach the real SMPTE/ISO/DCI specification of 48 candela per square meter, plus or minus 10.2 cd/m2…in other words, 58 to 38cd/m2.

There is no exemption from this number for 3D. Could there be a day, perhaps when IMAX introduces their Laser Light Engines, LLC-powered laser projectors which actually meet this spec, that SMPTE and DCI and ISO helicopters hover over cinema auditoriums with lower light levels, especially 3D?