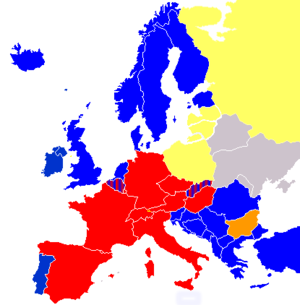 the industry service group released a pdf statement dated 12 May 2010 which speaks to a problem with a connectivity process named CineCanvas™. This capability has been part of the TI feature set since early 2004, allowing subtitles and captions to be ‘drawn’ on the screen by the chip instead of by a process of being ‘burned in’. Not only is the appearance significantly better, but it allows the studios and distributors to streamline their delivery processes.

At the September 2009 IBC Convention in Amsterdam, an announcement was made by TI that there would be a delay, and that a software revision would come in Q2. Several server companies scrambled to provide server generated subtitles, Doremi being the first to announce.

But at a recent plug-fest it was found that there are ‘issues’ with this method which made distributors go back to ‘burning in’ the subtitles. And thus, this announcement.

In the larger EU countries like Italy and France, where overdubbing is an art-form mandated by the government and by long-practice, this isn’t an issue. The German and Spanish market are also renowned for their dubbing work. Children’s films wouldn’t be included in the problem either, since children aren’t expected to read and so their movies are traditionally dubbed.

This is much the same in the Asian markets. But, integrators – be aware of this issue, and don’t let it happen again. (See the wikipedia ‘dubbing’ article for more detail.)

Countries which occasionally produce their own dubbings but generally use dubbed versions from another country whose language is sufficiently similar that the local audience understands it easily. (Belgium and Slovakia)