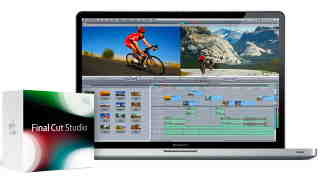 As predicted in rumors earlier this year, the new Final Cut Studio is Intel only. With an introduction just a few months before Snow Leopard is set to ship, though, it seems likely that interim upgrades to take advantage of 64-bit compatibility and advanced performance possible with Snow Leopard will be coming after its introduction. Final Cut Studio is available now for $999, a $300 savings over the previous version. Final Cut Server 1.5 is also available now for $999, which supports unlimited clients. Both applications can be upgraded from previous versions for $299.