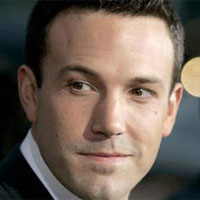 The technology allowed Affleck to view and edit footage in a hotel room each night after shooting the film in November in the North Kivu region of the Democratic Republic of Congo.

The short film chronicles the suffering of the Congolese people who’ve been forced to flee their homes. It was released in December to help the United Nations High Commissioner for Refugees raise $23 million for clean water and emergency assistance kits for the war- torn region.

Affleck said he was able to cut just-shot digital photography in a place where the “infrastructure was as broken down as any place in the world” using equipment as simple as a handheld camera and laptop. The footage was then sent to his editor in Los Angeles.